Today I will introduce you to the game Clash of Clans, which can be played on Android and iOS devices produced by Supercell. First of all, I want to tell you what the game is like. We start our game with a village that is given to us. As in every game in our village, everything is in level 1, and in our game the items are opened according to the level of our village building, not according to the level. In the game education, our village building is brought up to level 2 and after several wars, management is left to you.

Clash of Clans, the strategy game, is initially introduced to us with a small education. Clash of Clans also knows how to play a beautiful game until we manage our village and winter and raise our walls, but when the clan wars begin, you will realize that the game is not just an individual but a team play. and our village’s wall strategy is very important.

Of course, you can choose a name for yourself, you can not change the name of the village to the level you can not change until the 5th level so it is good to make the right decisions. Once your village building is on level 5, you have the chance to change your name only once. We are able to use a wide variety of soldiers in our attacks, but we have to develop our barracks, village building, and winter. In the game, which was given to us in the winter, we have only barbarian warriors. By raising all our fighters to level 1, 2, 3, we are able to unlock new features and make them stronger. 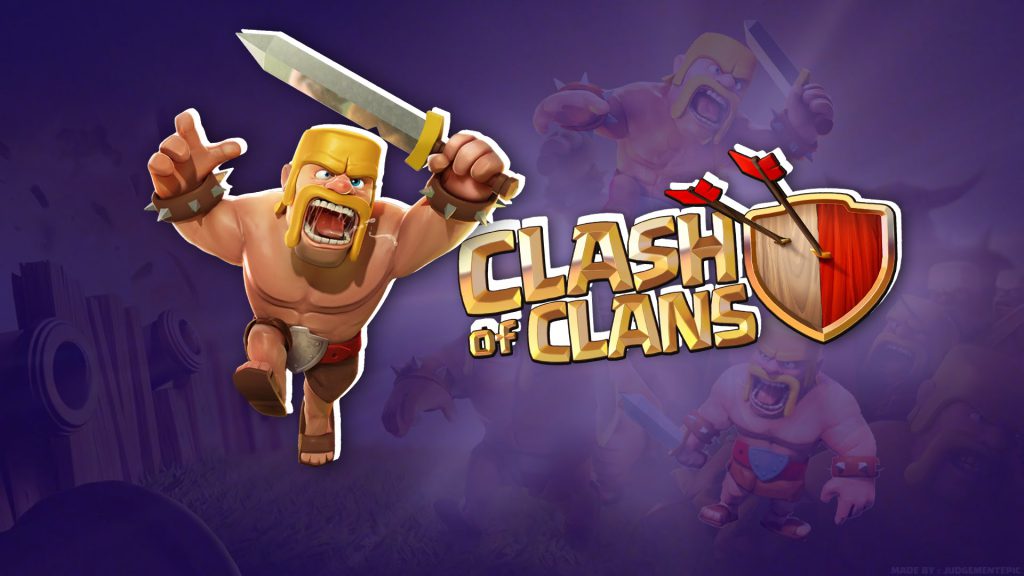 When we develop our village in the game, it has a really beautiful appearance. Again, battle lovers recommend a game, I’m playing but there are a few shortcomings that are not outstanding. However, I would like to point out that in the last 2 3 updates, there are very nice new features. The game is free and there is no advertisement, there is one more thing we cannot play this game without internet. Friends who have mobile data do not worry about  your internet package  because it does not consume so many data.

In our game we have a building called clan castle where you can join a clan and fight with another clan group. Also players can train soldiers with potions or black potions. In addition to the walls and buildings and soldiers in the game, all other combat tools can be developed. In multiplayer mode, players can win trophies. The earned trophies are also used for ranking within the game, as well as for the separation of players’ levels.

All soldiers and potions that can be used in multiplayer mode can also be used in attacks on the goblin villages, which are single player modes. In the attacks of other players to the village, all the gold and potions that are obtained cannot be taken. In addition, in these battles, the winning side wins the trophies, and the number of trophies is decreased at the appropriate rate. Soldiers are not used in the defense of the village.

However, there are groups of 50 players and these groups are called clans. There is no obligation to be a member of any clan in the game. If you are not a member of the clan, you can chat online with all the game plays in one language. If the fortress is developed in the game and becomes a member of a clan, troops can be shared among the members of the clan. You can also chat in the private room of this clan. Clans include a clan leader, a number of co-leaders, and the clan elders and other players, who are categorized under the clan leader, on the assignment initiative.

Each rank can be lowered, downgraded, or promoted by one rank (except those who are large in the rank of clan cannot make members big, but they can throw them away from the clan). may invite members of the clan. New names appear under the names of new players. This article disappears after a while. Soldiers sent by members of the clan stop in the castle, war and can be used in the defense of the village. However, as mentioned above, the soldiers produced cannot be used in village defense. In the game the trophy spool is the biggest goal.

When the cup of the players became 400, the silver became 800, the 1400 became the gold, the 2000 when the crystal, the 2600 become the master, the 3200 champions and the 4100 become the titan league. In order to grow among the clans, the scores of the clan members must also be large. Because, the number of trophies of clan members is based on clans. The player with the number of trophies begins to gain bigger gains and develop his village better if he now gains from the attacks. However, with the development and development time of many materials, the cost is increasing.